7 Reasons to Invest in a Franchise During a Crisis 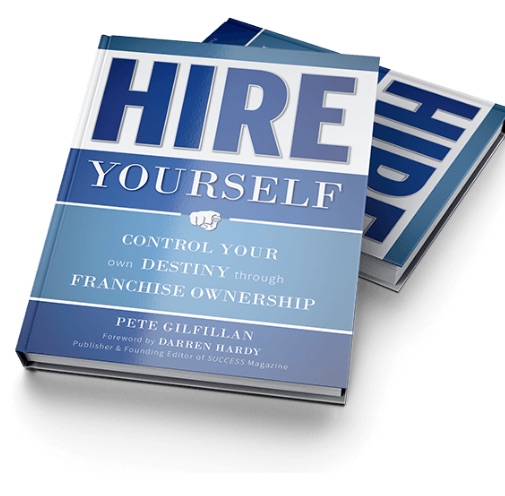 Right now may not seem like the best time to concern yourself with investing in a franchise. The market has tanked. We all have to stay indoors as much as possible. Unemployment is high. But this actually might be the best time for you to start investigating a franchise because there will be a rebound, and you can ride the wave instead of trying to jump in during a tougher market.

This isn't the first crisis, nor will it be the last. In the US, we have a history of recovering from downturns and coming out stronger. Tough times create business opportunities. Here are just a few examples from American history.

From these examples, you see that we can work through any crisis—and maybe even come out stronger! At HIRE YOURSELF, we think now is the time to start thinking about your future and investing in a franchise.

7 Reasons You Should Investigate a Franchise Now

Major unemployment is coming, and in fact, has already started. Unemployment is reaching historic proportions. While the stimulus is helping companies keep employees working, layoffs are inevitable and will trickle through the employment system. When you own your own business, you are the last person to be fired; when you work for a corporation you are renting your income. With a franchise, you can own your income and career.

Diversify Your Assets and Income

Stock portfolios took a major hit recently. They are starting to climb again... slowly. How long will it take the market to rise back to its previous level? Can you afford to wait that long? It is time to get off the wild roller coaster ride of the equity stock market. You can manage your money versus fund manager on Wall Street! Franchises are an investment, you will put down money to build your location, but the revenue will recover and grow your portfolio. You can leverage your assets to create income.

Take Advantage of the Labor Pool

Hiring just a few months ago was hard. Unemployment was low, qualified people were being fought over. Even the unskilled labor market had difficulties. When you launch your franchise in a few months, you will have access to a wide variety of people who will be anxious to find a job and will work hard to help you. Finding the best people can make or break a business and now is the time to snatch up high performers.

Now is a great time to be hunting for real estate. Landlords are ready to find occupants and you can negotiate fantastic rates. There will also be more money for tenant improvement and possible rent abatements. Government programs will also be readily available to help out aspiring business owners.

Capitalize on Pent Up Demand

What's the first thing you are going to do once everything opens back up? We all have lists of things we want to do. Whether it is a haircut, getting your nails done, visiting your favorite restaurant, or having your home cleaner return to work, there will be a huge demand in just a few months. The boom in retail and service franchises will be enormous. Will you be there to cash in and grow when that happens?

When you are investigating a franchise in a time of crisis you are uniquely able to see how good the leadership team is during tough times. When you invest you want to know that you will always receive deft and credible help from the franchisor. Now is a great time to see that in action. How are they helping the franchisee? What was their response? How quick was the response? Franchises that respond to new realities will ultimately succeed and grow in a downturn. You can use this time to ask pointed questions and observe how the franchisor is tackling this situation to gauge their response to a future crisis.

With federal, state, and local stimulus packages available to small businesses, a franchisee has access to a large supply of money in the form of loans, grants, tax deductions, and other resources. It is in the best interest of all the entities to keep the economy going in any way possible and now they have provided extra money to leverage. It has never been easier to get started and primed for success.

If you are ready to live life on your terms and not be subject to the whims of your corporate owners and the ups and downs of the stock market, now is the time to invest in a franchise. Franchisors are ready to bring on new candidates and we are here to help you at HIRE YOURSELF. Let's investigate the best match for you and provide you income security and financial freedom.